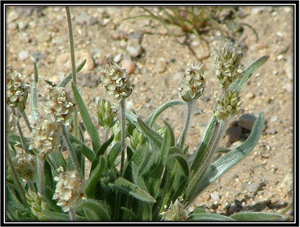 The Plantago Ovata is native to parts of Western Asia, Pakistan, China, Russia and India. This annual medicinal herb has erect stems and narrow leaves. The leaves are lance shaped, hairy and have indents on them. They also have vertical and parallel lines all over. The white flowers have cylindrical spikes and the seeds are pink or grayish brown in color. They look like small ovular boats and can measure up to 2 mm.
The major parts of Plantago Ovata that are used in making medicines include its seed with the outer coating, ripened dried seeds and powdered granular solutions made from the seed.

It is advised to consume Plantago Ovata only after consulting a doctor or certified herbalist.

The mucilage that the seed of the herb contains is not absorbed by the digestive system and helps in proper stool discharge. This matter is also used to soften and improve the movement of bowel. Ispaghula as Plantago Ovata is commonly known is a popular remedy for relieving the problem of constipation.
It is advised to be used for relieving patients suffering from diarrhea. This herb must not be used on its own. It should be combined with other stimulating laxatives such as senna. According to a study the husk of Plantago Ovata is very effective in relieving the common problem of irritable bowel syndrome. This herb is known to be a reputed management for relieving gastric inflammations and urinary tract infection. Plantago Ovata also controls blood sugar and cholesterol levels in the body.

Around 30 per cent of the seed is made of mucilage. This mucilage is the reason why the seed has laxative like properties. The seed also contains a significant amount of lipid, sterol and proteins.
The main chemical components of the mucilage are galctose, glucose, xylose and arabinose. The other parts of the plant contain alkaloids and tannins as well.

The dried seed as well as the husk of the Plantago Ovata are used as a emollient, demulcent and a laxative. It is used to relieve chronic cases of constipation, bacillary and dysentery or diarrhea. It also relieves gastrointestinal tract problems, cough, cold, piles, rheumatism, bronchial infection, urinary infection as well as rheumatism.

THE VARIOUS EFFECTS OF PLANTAGO OVATA INCLUDE:

Ispaghula or Plantago Ovata must not be used for a long duration of time without consulting a certified herbalist.
Ispaghula or Plantago Ovata should not be used by anyone who is suffering from the problem of abdominal pain, intestinal blockage or any other diagnosed intestinal problem
It is important to note that while consuming this laxative an individual is eating healthy and highly fibrous food. The person must also consume a lot of liquids and must have some kind of physical movement.

Currently there are no Planet Ayurveda Products that use this herb as an ingredient in them; however, the below mentioned Planet Ayurveda products are useful in some conditions for which Plantago Ovata is used:

We at team Planet Ayurveda are committed in providing the best to our customers. Our products are made from organically grown ingredients and have no chemical or preservatives in them. It is also important to note that the ingredients used in the products are 100 percent vegetarian. We are proud to state that the products we recommend have not been tested on any animal.