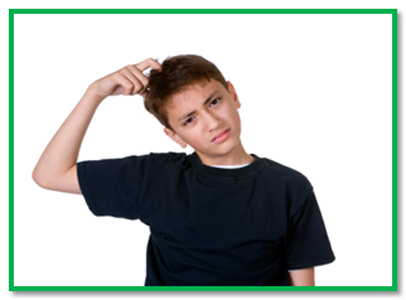 In the 21st century, when everything around us is based on technologies and the world rotates at a speed faster than you can wink; a sharp, clear memory is a must. We need to have a clear concentration on subjects and matters. For this a sharp brain and consistent memory is a must. We often hear people saying that kids now-a-days are brilliant par excellence. They have sharp memories and intelligent brain powers. Our relatives praise their wards of scoring well in exams and shining bright in their mark sheets.

Amongst all these there are parents who are worried because of their child’s low memory problems. There are children who can’t retain things for long. They forget soon and often end up messing up their exam scores. Parents of such children are often tensed about their performance in studies and in other extra-curricular areas. Are you one such parent? IS your child facing low memory issues? Ayurvedic herbs for low memory may be your answer.

WHAT ARE THE CAUSES OF LOW MEMORY IN CHILDREN?

There can be a variety of reasons that can be attributed to low memory. It could be related to your genes or to some medical disorders.

Here are some of the common related causes:-

WHAT ARE THE SYMPTOMS OF LOW MEMORY IN CHILDREN?

There are some very basic symptoms for low memory diagnosis. The problems become serious when we face such issues for a longer time. We could see them in our children but usually we ignore them.

If we pay careful attention, then some common symptoms can be:-

HOW CAN AYURVEDA HELP IMPROVE MEMORY IN CHILDREN?

In cases of low memory, the body energies are imbalanced that make the person’s brain and body system lack coordination and the person becomes weak in retaining things and forgets easily. He has lack of concentration and low intellect. Ayurveda has wonderful herbs that help such cases in a natural way.

The Brahmi herb is famous for its magnificent properties. A few of its astonishing effects have been proved on conditions like Parkinson’s and Alzheimer’s. It is used by physicians for stress, post-natal depression, anxiety, ADD and epilepsy. It is a major product of many a memory tonics. Stress, anxiety, menstrual disturbances, hair loss and fatigue are a few conditions where the herb has shown positive effects. These anti-oxidants remove the toxins from the body nourishes the blood cells. Another wonderful action of the herb is on the nervous system wherein it works to increase the coordination between the nervous system components thereby increasing the brain functioning. It is therefore used as a brain tonic. For its action on controlling the anxiety of the nervous system the Ayurvedic herb is used as a tranquilizer. The actions of the Brahmi herb over the brain area make it a wonderful tonic to help enhance the mental capabilities of the individual. It affects both the short and the long-term memory. It promotes a relaxed state of mind and nerves, spreading calmness. It takes care of the emotional disturbances; tension caused headaches, feeling of anxiety and depression. The herbal product is highly recommended for people suffering from ADD as it helps them analyze clearly. Brahmi is an essential ingredient of Memory support capsules and Brahmi capsules.

A common Indian drug used by parents to help increase their child’s memory, retention power and concentration. This herb has the potential to increase the retention power as well as increase the remembering capacity of the brain. It works miraculously to relieve stress and anxiety. Physicians use it to relieve nervous disorders, mental disorders, problem of insomnia and fatigue-both mental and physical. It is used to prepare MEMORY SUPPORT CAPSULES.