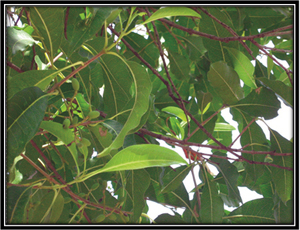 The Madhuca Indica is popularly known as Mahua in India. This tree is found in central parts of India and sub mountainous parts of the Himalayan region. The barks, flowers, leaves as well as the seeds of the plant are used in medicinal drugs.

CHARACTERISTICS OF THE MADHUCA INDICA

Madhuca Indica is also known as butter tree. This large deciduous tree usually is 20 meters in height and has a large top. The leaves are thick and small. The musk scented flowers are fleshy and dull near the end of the branches. The fruits of the plant are also fleshy and are greenish brown in color with shiny seeds.

The tree of the Madhuca Indica is an important source of food for tribes in central as well as western India. The plant is also used in alcohol, syrups and vinegars. The oil of the plant is also an additive in the manufacturing of soaps.

The Madhuca Indica is used to arrest the excessive bleeding or secretion of tannin. The bark of the Madhuca tree is known for its astringent and tonic properties. The flowers of the plant help in removing catarrhal matter as well as phlegm from the bronchial tubes. They are known to soothe the skin and work positively on the mucous membranes. A spirit made from the flowers of the tree is considered highly nutritional and can be used as a tonic.

The use of this herb can relieve the following problems:

The following problems of the health can be relieved by using the Madhura Indica plant:

It is advised to use this herb only after consulting a certified practitioner; especially, in case of pregnant women, lactating mothers and infants.

Currently there are no Planet Ayurveda Products that use this herb as an ingredient in them; however the below mentioned Planet Ayurveda products are useful in some conditions for which Madhuca Indica is used:

We at team Planet Ayurveda are constantly working on providing the best to our customers. Our teams of experienced herbalists are working continually to formulate naturally effective drugs to relieve health problems. We at Planet Ayurveda are proud to say that we use only organically grown ingredients in our products. We assure that none of our products contain any chemical or preservative. We neither endorse nor practice the testing on products on animals.