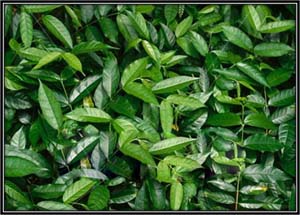 This plant with numerous relieving properties has also been mentioned in the Vedas for the same. This herb has been used to relieve several gastrointestinal diseases for hundreds of years and is still used by several Indian tribes to relieve ailments like epilepsy, anemia, skin infections and cholera, apart from digestive problems.

This deciduous plant is generally found in tropical Asian countries. In India it is mostly found in the sub-Himalayan area. The Tellicherry plant grows up to be a shrub or small tree with an average height of 12-24ft. This highly branched tree has a slightly pale bark, short stalk green leaves and white aromatic flowers that turn yellow with age. The plants fruits are cylindrical and generally crop up in pairs and its seeds are light-brown.

The plant has a bitter/ astringent taste.

The plants bark, root and seeds of the Conessi are used for medicinal purposes.

The bark of Holarrhena antidysentrica has the following therapeutic properties:

The bark of Tellicherry is considered the best medication for chronic diarrhea. In addition this herb is often prescribed to relieve ailments like piles, chronic dysentery, intestinal worms, colitis, skin diseases, malabsorption, oestioarthritis and rheumatoid arthritis.

Tellicherry offers relieve to several diseases, ailments and discomforts. Some of these are:

While Conessi, if taken in recommended doses is not generally known to have any side effects; yet in some extremely rare cases people may experience side effects like sleeplessness, constipation, vertigo and agitation. If taken in very high doses it may also cause anxiety.

It is best to avoid using this herb for children, pregnant and nursing women and in patients suffering from liver and kidney disease. People already on some other medications, should only take this herb if advised by their doctor.

Before using any herbs it is advisable to consult a medical practitioner.

Planet Ayurveda supplement that contains the Tellicherry Bark as one of its ingredient, is Kutazghan Vati.

Planet Ayurveda is one of the largest suppliers of a wide range of Ayurvedic products across the globe. All our products are manufactured in accordance with the highest pharmaceutical standards and by using only the best quality raw material available. Our herbal products are 100 percent pure; they are free from chemicals and artificial flavoring and come with a certification of authenticity.