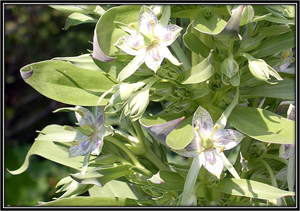 Swertia Chirata is known as Chirayata in India. This annual herb is found all across India and grows up to the height of 1.5 meters. It is known to have leaves in opposite pairs which are about 10 cms in length with no stalks. In Hindi the herb is called Chiretta and in Sanskrit it is called Bhunimba or Kirata tikta.
This ancient herb is also sometimes known as the Nepali Neem because it is a common tree in the forests of Nepal. This plant was introduced to Europe in 1839 and has been used widely since. It is majorly found in the Himalayas majorly between the heights of 1200 to 1500 meters.

The plant has flowers that are pale green in color with a ting of purple. The plant has long pink or white colored haired and sharp pointed fruits. The entire plant is used in medicines for over centuries.
The tonic made from this plant is used to relieve general weakness and also during convalescence. The infusion prepared from the Sweria Chirata must be taken in doses of 60 ml twice a day before means for relieving fever. The infusion can be prepared with the herb, cloves and cinnamon.

The Ayurvedic properties of the Swertia Chirata are:

The plant contains glycoside chiratin which yields on hydrolysis. The ophidic acid in the plant is brown in color and is identified as a hydroscopic substance. This is a substance that is soluble in both water and alcohol. It contains tannin, resin and ash.
The chemical compounds the herb contains are amarogentin, chiratin, chiratogenin, enicoflavine, gentianine, swertianin and swerchirin.

THERAPEUTIC POWERS OF THE SWERIA CHIRATA

The Chirata is a beneficial bitter tasting tonic which is used as a laxative and also an appetizer. It corrects the nutrition disorders in the body and helps in bringing normality into the system. The herb is used widely to stimulate the appetite of people suffering from anorexia and other such problems. It helps in relieving acidity, nausea and biliousness. It used as a laxative, vermifuge, sedative and alterative. It has the properties to relieve cough, bronchial infections, malaria and asthma.

The Swertia Chirata is known to have the following benefiting effects on the body:-

At planet Ayurveda we recognize the beneficial properties of this herb and have used it as an ingredient in the following products:

We at Planet Ayurveda are constantly working on revolutionizing herbal formulas. We are proud to say that we use only organically grown ingredients in our products. One must also note that we do not use any chemical or preservative in our products. We neither endorse nor practice the testing of products on animals.