Ashoka (Saraca Indica), is grown all over India. It is widely used in Ayurveda, as herbal remedy due to its health benefits. Ashoka in Hindi, familiar as Debdaru. It grows in warm and humid climate.

Ashoka Powder is formulated by our experts MD Ayurveda. Ashoka powder is one among wonderful herbs for overall female health. It is available in 100 gm pure extract of Ashoka bark.

Therapeutic Use of Ashoka Powder 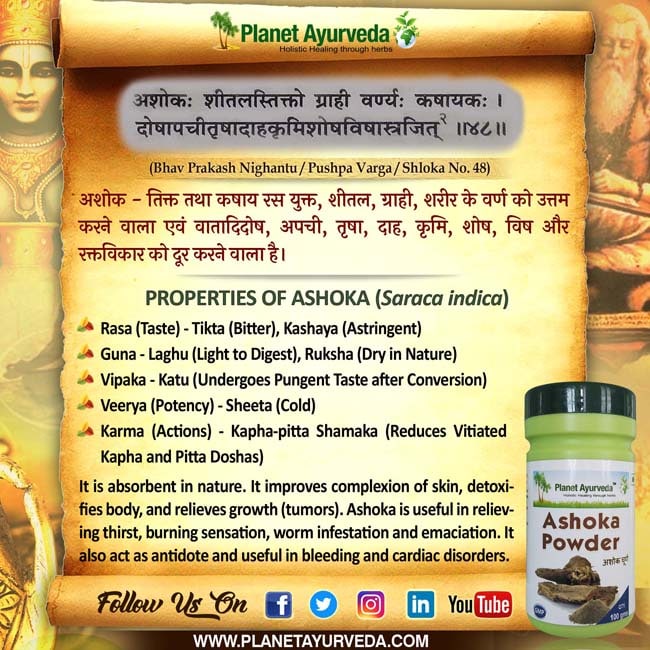 Who can use Ashoka Powder?

This can be consumed by females who are suffering from all any health issues.

There is no known side-effects with this herb if consumed in the prescribed dosage.

Planet Ayurveda’s Ashoka powder offers many health benefits to cure all health issues related to females and also effective in digestive issues. Moreover, there are several other factors too, that contribute towards making it better than many other similar products available in the market today. These are:

If you are suffering from female health issues, then what are you waiting for? Opt for Planet Ayurveda Ashoka powder and be healthy. Choose from our wide range of Ayurvedic supplements, capsules, herb powders, and oils and order conveniently through our website.