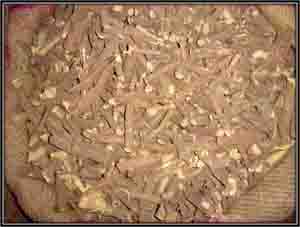 The botanical name of Liquorice is Glycyrrhim Glabra. In Hindi it is known with the name Mulethi. It is used as a flavoring agent.

Liquorice has been a part of Chinese traditional medicine for the past hundreds of years. It also occupies an important place in the Indian Ayurvedic system of medicine. It was mentioned by Susruta in the ancient text books on Ayurveda.

It is also known as “sweet root” as it contains a compound which is almost 50 times sweeter than sugar. Liquorice is grown in Syria, Turkey, Russia, Greece and southern Europe. In India it is grown in the northwestern parts.

The dried roots of the plant are used for medicinal purposes.

Liquorice is a perennial plant which grows to a height of 3-7 feet. It has a branching root system which is extensive. The roots are wrinkled, straight, made up of fibrous wood. They are cylindrical and long and also grow underground horizontally. Liquorice roots are brown in color on the outer side and yellow inside. All licorice supplements are derived from the underground stems and roots of the plant.

The herb has various relieving powers. Some of them are as follows:

Liquorice is a soothing moist herb which has expectorant, anti-inflammatory properties. It relieves coughs effectively and exhibits laxative and hormonal effects.
It has been used to relieve adreno-corticoid insufficiency and tuberculosis.

SAFETY PRECAUTIONS AND SIDE EFFECTS IN USING LIQUORICE

This herb should not be used by pregnant women, people suffering from anemia, hypertoia, cholestatic liver disorders, high blood pressure, kidney problems and also while consuming medication which has digoxin. Over usage of the herb may lead to high blood pressure and water retention.

PLANET AYURVEDA PRODUCTS THAT USE LIQUORICE