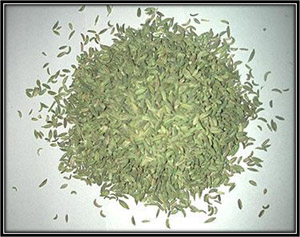 Fennel is an aromatic plant which has been used for several years as a flavouring herb. It is commonly known as fennel. In Hindi it is called saunf. This plant is cultivated throughout India. It is indigenous to Middle Eastern countries.

Stem, roots, oil, seeds and leaves of the plant are used for culinary and medical purposes.

Fennel is a perennial tall plant which has deep roots. The stems are hollow and glossy. Feathery leaves look like threads. Dull, small yellow flowers appear in clusters during summer and oval brown seeds are seen in the later stages.

It is an aromatic sweet plant used as a diuretic herb which shows positive influence on the digestive system, improves lactation, relaxes muscle spasms and reduces inflammation. It has carminative, expectorant and aromatic properties.

This herb has several relieving powers; some of them are as follows:

SAFETY PRECAUTIONS AND SIDE EFFECTS IN USING FOENICULUM VULGARE

Pregnant women should avoid using the herb and the essential oil. Women who suffer from breast cancer also should avoid the usage of fennel in all forms. People with kidney problems and epileptics also should not use fennel.

All our Planet Ayurveda products are manufactured with 100 percent natural and vegetarian ingredients, without any chemicals or preservatives. We rely on ancient Ayurvedic texts to prepare all the medicines. We do not encourage testing of our products on animals. All the medicines and herbal supplements undergo quality checks at various levels. For a healthy and disease free life use Planet Ayurveda products.