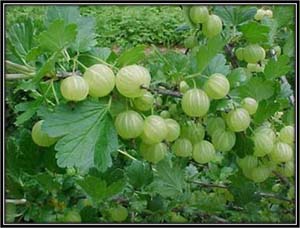 The Emblica Officinalis tree is called Amlaki in Sanskrit. The common name used for it in India is Amla in India. It has been an integral part of traditional Ayurveda for the past several centuries. The preparations made from its fruits, leaves and bark have shown high efficacy in relieving diseases. It is also a major source of Vitamin C.
It is also commonly called as the Indian gooseberry. Dried and fresh fruit of Amla is mostly used in Ayurveda. It is native to South–East Asia. It is widely grown in Uttar Pradesh in Northern India. It is also cultivated in Tamil Nadu on a large scale.

Amla can easily grow in light, as well as, heavy soils except sandy soil. The plant has the capacity to adapt to dry regions and can grow in alkaline soils too. It is small to medium in size and has light brown to black bark. Its leaves are 10 to 13 mm long and 3mm wide. The fruit is a light green hued one which is fleshy and globulose in shape. Fruits are generally 2.15cm in diameter and may have a light pink shade too.

Amla is one of the richest sources of vitamin C; its Vitamin-C content is twenty times more than fresh orange juice which aids quicker relieving of wounds. Experimental preparation of leaves, fruit and bark have shown significant efficacy in relieving diabetes and age-related disorders of the kidney. It also has shown some potential activity against cancer.

Amla as mentioned earlier is reputed to contain high amounts of ascorbic acid (vitamin C). It contains approximately 445 mg of ascorbic acid /100g of Amla. The overall anti-oxidant strength of Amla is probably derived from the high density of compounds present in it such as ellagitannins namely, emblicanin A, Emblicanin B, punigluconin. It also contains significant amounts of other polyphenols such as flavonoids, kaempferol, ellagic acid and gallic acid, though the specific composition of all of these components is a matter of dispute.

AN EXCELLENT relieve FOR AILMENTS

Clinically Amla is known to have zero side effects and hence, can be used by children, adults and senior members of the demographic population alike. It is however, advisable to use Amla in prescribed amounts.

PLANET AYURVEDA PRODUCTS THAT USE AMLA:

Some of the Planet Ayurveda products that use Emblica Officinalis as an ingredient are:

It is our constant endeavour at planet Ayurveda to meet high standards and deliver the best of Ayurveda to our customers. All our products are 100 percent vegetarian and are natural ingredients which undergo high level of quality checks. We never believe in testing our products on animals. Please choose the quality products from Planet Ayurveda and take your first step towards a healthier and balanced life!