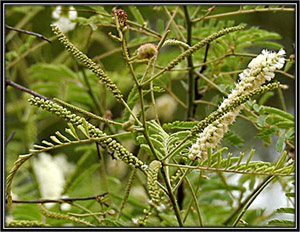 The herb Black Catechu goes scientifically by the name of Acacia Catechu. It belongs to the herb family of Fabaceae. This herb is commonly known by names such as Black Catechu, Cutch Tree, and Terra Japonica in English. In Hindi, it goes by the common name of Khair and it is referred to as Khadira in Sanskrit.

The Black Catechu was earlier known as Cacho or Kat and was exported from India to other countries including China, Arabia and Persia during the 16th century. Then it was not used for its therapeutic value but as a dying or a tanning agent and was mainly used for the purpose of dying khaki or shrinking it. It was exported to Europe for the first time in the 17th century by Japan and was later introduced in the London Pharmacopoeia of 1721.

Black Catechu is primarily cultivated in throughout India. It is mostly found in the sub- Himalayan region and on the eastern part of the Western Ghats but these are just the areas where it grows naturally and its cultivation is not restricted to these areas. It is also grown in various other parts of the country.

The parts of the Black Catechu plant that are used for medicinal purposes are its gums, resins, fruits, leaves, barks, flowering tops, shoots (only when they are young) and heartwood extract.

The Black Catechu is a deciduous tree that is characterized by its short and hooked spines. It grows up to a height of 9 to 12 meters and its leaves have a distinct feather- like appearance. Its bark has a grayish- brown color while its flowers have a pale yellowish hue. The most used material of this plant is the gum that is extracted from its heartwood. It is dark brown in color and brittle in nature. The gum is boiled with water for preparing the extract which is then concentrated in mould and subsequently cooled. The dried mass thus formed is broken down into small pieces that have a shiny texture and are used for medicinal purposes.

The herb Black Catechu has found many uses as a medicinal herb. It can be used internally or as a preparation that can be applied externally.

USE OF BLACK CATECHU IN AROMATHERAPY

The herb has found no significant use in Aromatherapy as of now.

This is probably one of the best features of the herb Black Catechu that it has never been known to cause any side effects and has always been considered very safe no matter how it is used. However, we still advise that medical advice be sought before use of any herb.

PRODUCTS OF PLANET AYURVEDA THAT MAKE USE OF BLACK CATECHU

Currently there are no Planet Ayurveda Products that use this herb as an ingredient in them; however the below mentioned Planet Ayurveda products are useful in some conditions for which Black Catechu is used:

We at Planet Ayurveda provide the best advice regarding management, supplements, herbs and Ayurvedic medicines which are made from 100 percent natural products. All our products are made without any chemicals and preservatives.

Our products, herbal supplements and medicines are vegetarian and the best quality herbs are used for preparing the formulations. Our products are not tested on animals. Choose Planet Ayurveda herbal products and reap the benefits of good health.