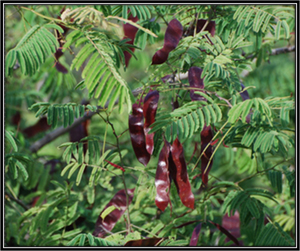 The Acacia catechu is known as Cutch tree, Terra Japonica as well as Black Catechu. In Hindi it is called Khair and Khadira in Sanskrit.

This herb was previously known as Kat or Cacho. This tree was a very important export product that was sent from India to China, Persia and Arabia in the early 16th century particularly. This plant was used majorly for the purpose of dyeing and tanning. Japan takes the credit of introducing this plant to countries in Europe in the 17th Century.

The tree of Acacia catechu is found all throughout India. The main areas for its habitat in the country are the eastern slopes of the Western Ghats and the Himalayan tracts.

This tree is deciduous and has short hooked spines that reach up to the height of 9 to 12 meters. The leaves of this tress are bipinnately compounds with almost 50 pairs of leaflets which look like feathers. The bark of the tree is grayish brown in color that exfoliates into long and narrow strips.

The flowers of the plant are pale yellow in color and have cylindrical spikes. The flattened and glabrous fruit of the plant have oblong pods. The sapwood of Acacia catechu is whitish yellow in color. The extract of the wood is cooled in moulds and the dried mass is broken into shinny jagged pieces for various uses.

The Acacia catechu plant is known to have the following medicinal properties:

The plant of Acacia catechu contains tannins and Flavonoids majorly.

The extract of heartwood, flowering tops, young shoots, the bark, fruits and the gum of the plant are used to create products for use. These extracts are used as an anodyne, bactericide, refrigerant, detergent, astringent, styptic, masticatory, expectorant, stimulant and as an antiphlogistic.

THIS PLANT CAN relieve AILMENTS SUCH AS:

It is also important to know how this plant is miraculous when consumed for relieving diseases such as:

Though the side effects of this plant are less known it is advised that the extract of the Acacia catechu plant should be taken only after proper consultation with a known practitioner. This tree has been used for centuries in medicines and has proven to be beneficial for a number of known as well as unknown diseases.

Currently there are no Planet Ayurveda Products that use this herb as an ingredient in them; however the below mentioned Planet Ayurveda products are useful in some conditions for which Acacia catechu is used:

We at team Planet Ayurveda endeavor to provide only the best advice to all. Our herbs, supplementary foods and ayurvedic medicines are recommended for use only after thorough analysis of every case. Our products are vegetarian, chemical free and are made of organic herbs only. The products produced by our team are not tested on animals. We believe in enabling a healthy lifestyle for all who suffer from any ailment. Our customers have always commended us for our dedication and expertise.